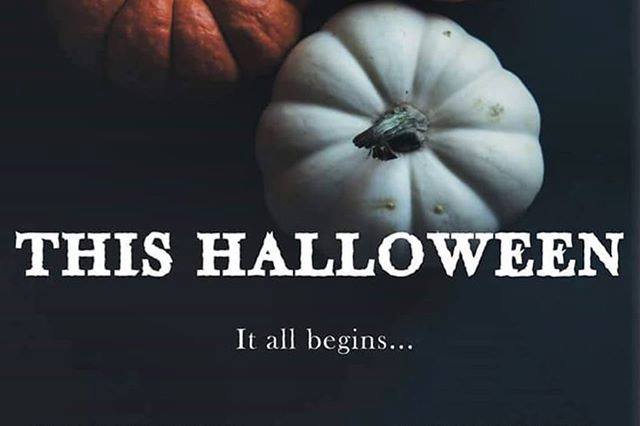 I know you’ve been dying to find out about this new book release. I’ve been dying to tell you about it for the longest time, but, as I pointed out last week, I needed to sort out the first two books in the Indigo Skies world first.

Though, with this addition, that could have booted them to second and third…

Basically, the new book release is a part of the Indigo Skies world without being part of the current story arc. It follows the same characters, but you can pretty much read it at any point in the series.

Where In The Series Is This New Book Release?

As I said, you can read it at any point in the series, but, chronologically speaking, it takes place before Preying On Time (and, confusingly, perhaps, also after Taste Of Blood). So read the new book release whenever you feel ready. Hell, it might even be worth reading Those Who Wait both before you start Preying On Time and after you’ve devoured Taste Of Blood.

What About The Cover?

I did sneak you a look at the cover of my new book release last week, but here’s another sneak at Those Who Wait: One arm caught around her middle and flung her back to the wall. Her eyes found mine mere seconds before I ground my hungry, angry lips against hers, more beast than being. She squeaked and wriggled, but the softness of her body slowed my heated plunder to something subtler.

My hand curled around into her hair, tipping her head back ever so slightly so my fierce kiss could better explore the sweet bow of her lips. I pressed into her, hard heat and need seeking solace in her form.

Her body began to subtly arch back, cursing my mind to blank thought with her gradual reciprocation. Like the sweetest of flowers, her lips bloomed, parting to my desperate taste.

That’s just a little taster for you, but here’s the official blurb:

[A novella set in the Indigo Skies world.]

His thousand year old heart craves her, but is she the woman, yet, that she is set to become…?

A prequel set in the Indigo Skies universe, Ruari is a vampire awaiting his fate when the key to his future and the curse of his past, Violet, crosses his path once more. Mortally linked to his sire, Ruari hasn’t seen Violet for a thousand years and she has no knowledge of him or the knot in their destinies.

Fuelled by desire, can he halt her self-destructive ways or will he give in to feelings he’s harboured for a cruel and slow millennia?

When Can I Read It? That’s right, this new book release is ready for Halloween! Who doesn’t love a dose of vampires and necromancers at this time of year?

Cross over to the official page for Those Who Wait, now, and you can find preorder links. All links will be added as the preorder pages go live, but you should be able to access all those that are currently provided!

The new book is a novella so it will eventually be on sale for £1.99/$1.99 as it is shorter than the other books in the Indigo Skies series. But… You can get it for an introductory offer of only 99p/99c!

So what are you waiting for?!