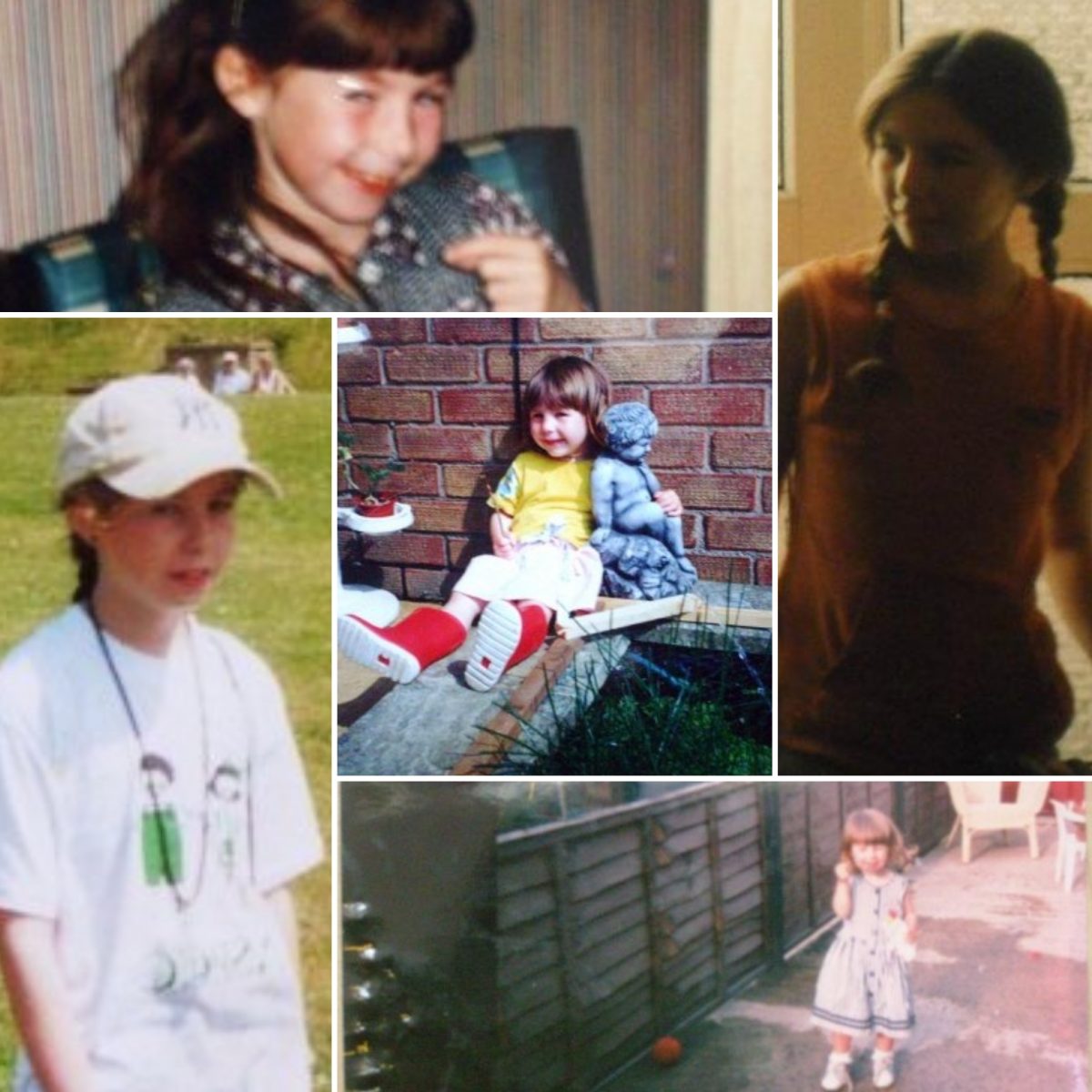 Last time’s top ten was the Top 10 Reasons Why Cats Are The Best Writing Partners. In a different direction, today’s top 10 is my Top 10 Favourite Childhood Books. So sit back and relax whilst I count them down. And my apologies for the childhood pics.

– As you all will know by now, I am an animal lover with three cats to our household (our youngest addition is currently perched in my lap watching me type). My family have always had pets. Dogs, cats, birds, hamsters, fish… And I think that’s why, as a youngster, Bimbo & Topsy really appealed to me out of all the Enid Blyton books that I read. It contained a lot of mischief from both the cat, Bimbo, and the little dog, Topsy. But it was a feel good book where each chapter was essentially a short connecting story. That, of course, made it a great bedtime read for me as I have trouble putting a book down if there isn’t some sort of conclusion going on.

– Perhaps not the most morally sound of my book choices, but still a great one, nonetheless. The story follows Bill on one of his usual nightly pilfering sessions whereupon he accidentally steals something unusual. Hilarity ensues as Bill tries to, lightheartedly, deal with his newfound problem, only to discover that it comes with an added package that will change his outlook on life for the better. It’s not even necessarily the story that makes this book great, but the pictures and the jolly way in which it’s written.

Other people seem to think that Funny Bones were the Ahlbergs’ greatest books, but I think Burglar Bill steals that out from under their bony feet!

– I promise that not all of my childhood stories were about stealing (though there does seem to be a worrying theme developing here, right?), but Jeffy, The Burglar’s Cat was a book I picked up for 50p at a carboot sale with my mum and it is, perhaps, one of the best cheap purchases that I’ve ever made. Do you like cats? Do you like old ladies doing things they shouldn’t? Do you have a penchant for thievery?

Okay, maybe forget that last one.

But this book is all of that and more. It’s a moral lesson with a happy ending. And it’s a happy ending with cats, so what more could you really want?

Poor Jeffy, as you may guess, has a little old lady owner. Unfortunately, this particular little old lady, tries to steal a variety of different things including trying to release prisoners, all of which poor Jeffy has to try and rectify before the police catch his beloved mistress.

No. 7 : The Eighteenth Emergency – Betsy Byars

– The Eighteenth Emergency is about lists, which is a great reason to have it on my Top 10 Favourite Childhood Books. My mum gave me it when we were on holiday in Majorca and told me that she had read it when she was younger. I can’t imagine my mum ever having eighteen emergencies written down and planned for. I, on the other hand, was quite a cautious, easily perturbed kid. And I think this gifted book was, perhaps, my mother’s attempt to help with that. Or she just thought it might keep me quiet whilst she (and my dad) had a siesta.

The story follows a kid called Mouse who likes to scribble silly notes on things in pencil. He does this a lot. He also muses with his friend on the ways to save yourself in various situations, such as a crocodile attack. Unfortunately, the one situation he doesn’t have an answer for is one that he has to eventually face, proving whether a mouse can be brave.

No. 6 : The Tale Of Peter Rabbit & Benjamin Bunny – Beatrix Potter

– To my chagrin, I did not really get to read these two little tales until later on in life. However, I was completely enraptured by the watercolour animations of the stories created by the BBC. And they were read by a character that was supposed to be Beatrix Potter herself. I can’t begin to wonder how many hours I spent watching our VHS recording of it. But why shouldn’t I? As you already know, I love animals. And all of the Beatrix Potter tales contained some rather lovely, colourful individuals. Some of them even wear waistcoats!

I have the beloved books now, of course. I even have the BBC stories on DVD! I’m aware that there was, of course, a recent Peter Rabbit film made, but I can’t bring myself to watch a different version of the Peter I loved now voiced by James Cordon. He’s become a brash, vindictive rabbit.

[And this is the BBC version complete with intro – for those of you curious!]

The Peter Rabbit that I know, is not vindictive. He’s naive and foolhardy as so many young rabbits are. Not a bully.

Besides, I couldn’t imagine James Cordon drinking down chamomile tea.

– Ah. Yes. Another book about thieving on my Top 10 Favourite Childhood Books. I swear I don’t have a problem.

It is a good book, though. Again, the more recent animated film doesn’t do this book justice. The characters are colourful and the language is beautifully imaginative. Not to mention the rhyming!

Some of you may know that I released a short poetry book. I have always loved poetry and a lot of that I would probably have to attribute to my childhood obsession with Roald Dahl’s books. Of course, though, Fantastic Mr Fox had to be the best. It’s a survival story. But it’s more than that. It’s a story about how the brave and true will conquer over the stupid and mean. And it’s a tale of how community coming together really can make a difference!

– There isn’t anything specific that I can put my finger on that truly explains just why I fell in love with The Secret Garden so much. Maybe it’s the fact that I love robins and nature (except spiders – they’re nowhere near natural).

Or maybe it’s because I felt Mary’s pain of being the odd child that nobody wanted to make friends with and other kids avoided. I, too, had to make my own fun. I didn’t live in a huge house with an estranged uncle, though. And nobody was screaming at night. Nor was my garden so big that parts of it could be made a secret and subsequently locked up.

Still, just like in the book, everything in my life worked out in the end. And maybe that’s why I fell in love with the story of a garden and three children that love it and grow in it. And, perhaps, that’s why I’ve fallen in love with gardening so much, too.

– I have to credit Mr McNish especially for this book being the only one I managed to encourage my younger brother to read – a great reason for it to be on my Top 10 Favourite Childhood Books. I think that might partly be because we resembled two of the main characters so closely – a young girl with bountiful magical gifts and her brother who could permanently destroy spells.

I’m not saying I have actual magical gifts, but I was interested in anything magical whilst my younger brother was most certainly not. Of course, these two characters don’t really see eye to eye, but that doesn’t matter any more when a heinous witch plucks them from their home and steals them away to another universe – all with the intention of taking Rachel’s magic for her own.

I genuinely adored this book. What’s more is that you can read it as a stand alone novel or choose to follow the adventure into the next two books – the latter a choice you should definitely take!

– There are many books in The Chronicles Of Narnia, but this was always my favourite one. It has the feel of a different story to the other Narnia books. Perhaps, that’s in part due to the fact that it takes place mostly in Calormen, instead. It’s a story of a boy and a girl trying to escape their current situations. But, not only that, they eventually find their true selves, which, as in every great tale, leads them to their ultimate happiness.

I won’t spoil it any more than that. I think you’re still old enough to read it now.

– This has to be my number one favourite book from my childhood and thus number one on my Top 10 Favourite Childhood Books. It tells the story of a young girl from London, in 1842, sent to live as an orphan in the country with her vain dog and stoic (but indigestion suffering) tutor. Maria is a courageous and curious heroine, who can’t help but to get herself involved in all the mysteries and magic contained in Moonacre Manor.

But it isn’t just Maria that makes this a fantastic book. There’s the irritable cook, Marmaduke, and his cat (descended from Egyptian royalty). There’s Maria’s cheery uncle who lets a lion roam free in his grounds. And, of course, there’s the boy Maria dreams of long before she gets to meet him in the magical land of Moonacre.

So, if you’re looking for a fantastic fantasy read, this would be my top childhood pick.

They’re all great books and I think you’ll love them just as much as I do.

Are there any books you think I should have read? Have I missed any off the list? What would you put on your Top 10 Favourite Childhood Books list?