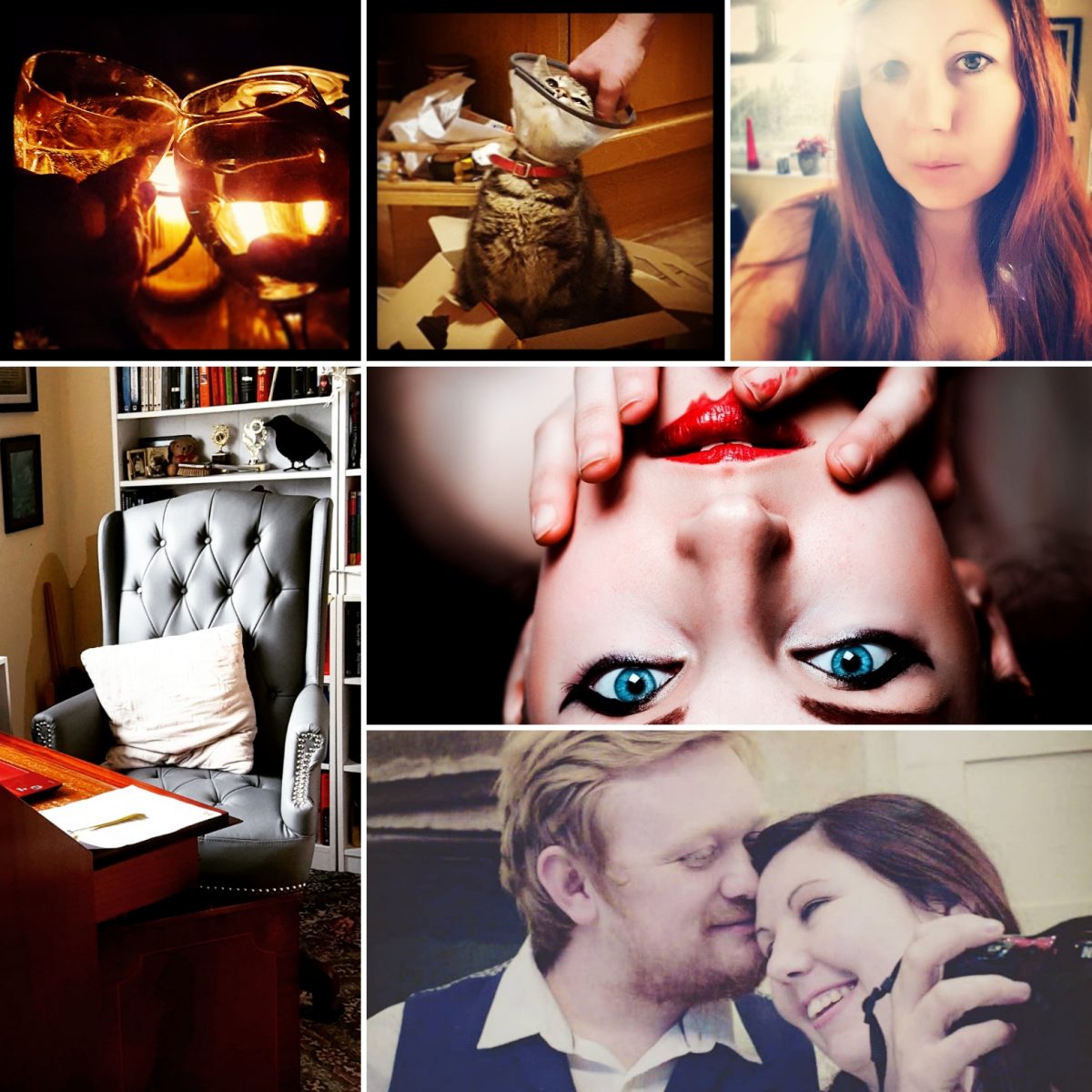 It’s not been a very easy going start to this year and, unfortunately, that same vein seems to have continued.

Despite the fact that I should have been celebrating the release of my latest dark fantasy novel (complete with vampires and time travel), Taste Of Blood, I’ve, instead, ended up stressing.

As you may know, we have three cats (Salem, Barley Biscuit, & Jasper Jingles). They’re outdoor cats and there are quite a few more feline friends in our area. Around Valentine’s Day, we found that Salem had come home with a burst abscess in his hind quarters. Another neighbourhood cat had procured a similar wound around the same time, which struck me as odd. Then, last month, Barley came home and wouldn’t let us touch him all night. The morning after, he was hiding in the living room when an abscess ruptured in his side, too.

So, with it being the weekend, we ended up taking him to the emergency veterinary clinic, which is a 30-40 minute drive. He was sedated and operated on to sort the wound. Both me and Mr Bear were a little shaken up. Especially as it was a sizeable hole in our poor cat’s side.

We ended up having to spread the cost of his procedure (over £300) over two months, because, after everything else so far this year, we’re still pretty badly off financially. Thankfully the wound is now a tiny scab and we can finally let our fur baby outside again. We were, however, advised by the vet that, as other cats had had similar injuries and due to the placement of the abscess, it could have been caused by a particularly aggressive tom or feral cat bite when Barley has turned to run away (he’s pretty timid for a big cat). This, of course, is worrying news, because it means we can’t stop it from possibly happening again. And even pet insurance wouldn’t allay the costs when we couldn’t tell where the wound had come from.

You may have noticed that my last few posts before our extra financial & feline worries hit were in regards to the release of Taste Of Blood. If you haven’t checked it out yet, then please do! And if you’re not sure, then you can grab a read of some free chapters right here on my blog!

I’ve been at work a lot lately as it’s been that time of year where everybody tries to cram in their holidays before they lose them. Of course, that means covering more people who are off on holiday. It is, however, beginning to quieten down a little now and I’m hopeful that will mean more writing time – especially once Howard Bear finishes creating a shelter for our outdoor seating area. I can’t think of anything better than sitting in my garden and getting some writing done!

In regards to writing, I’ve been cleaning up my six year old, admin spreadsheets in order to give myself a clearer idea of sales and whatnot. I’m beginning to get there, but, I’m not going to lie, it’s a bit of a slog. I’d much rather be creating than accounting, but there you go. An author’s job is never done.

So, now that’s all out of the way, everything should be able to go back to normal. Keep your fingers crossed for me that it will! Next week, on Thursday the 24th, it will be my sixth anniversary of being with Howard. I love him very much and look forward to at least six more years together!