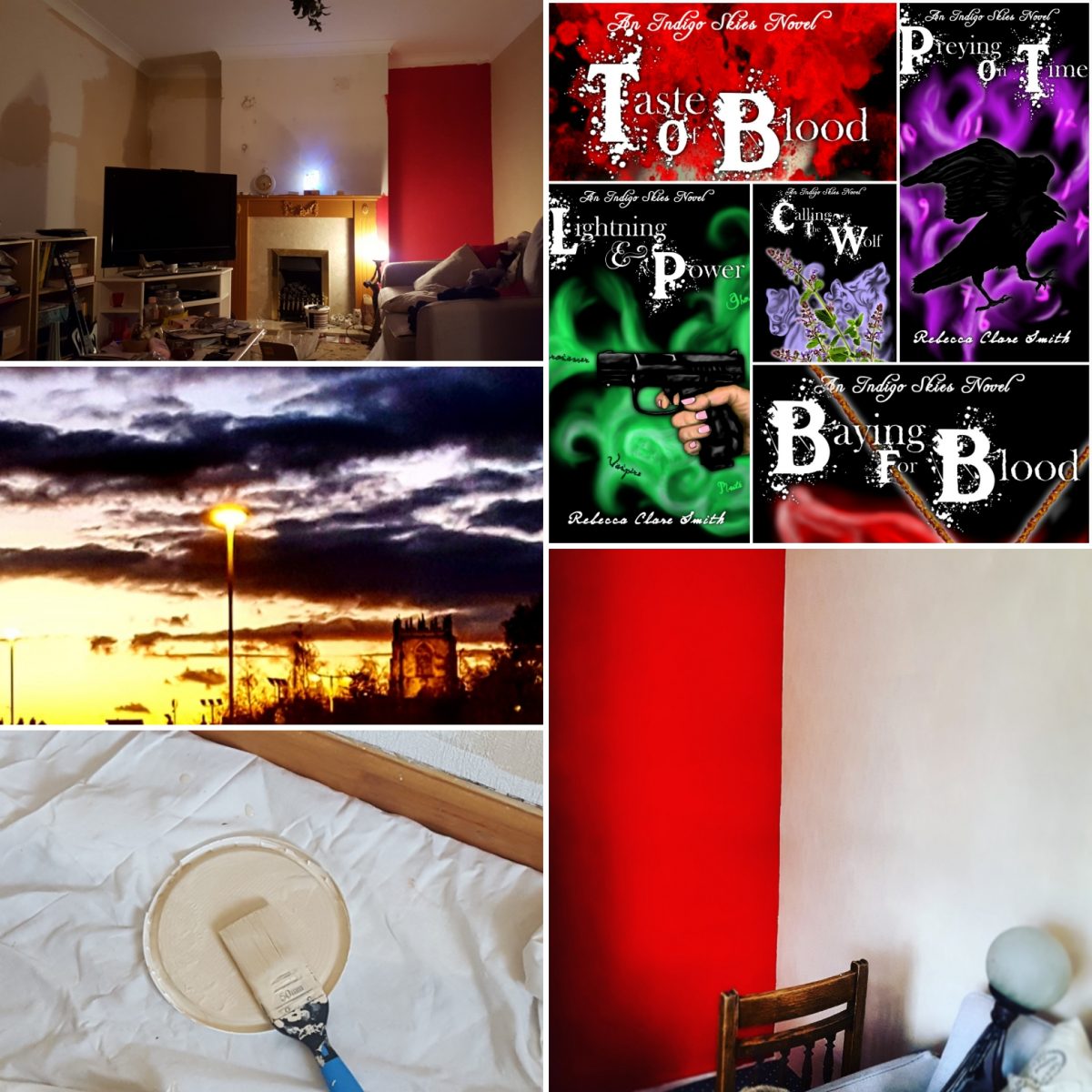 I missed posting last week and didn’t have chance to get my fingers to keyboard until today. I’ve been busy busy busy…

So first, I apologise for being so quiet. Hopefully, you’ll forgive me when you find out why.

I mentioned previously that we were trying to get the front room painted before Christmas so we could put up the decorations. Progress on that front has been unfortunately slow. In between work and running out of paint, we’ve not managed to get as much done as we would have liked.

Not to mention the rather wonderful plastering. Basically, the two alcoves and the chimney breast were covered in an embossed flowery wallpaper, which meant that we couldn’t paint directly over it like the other walls. So we stripped the wallpaper back only to find another layer of wallpaper had been there. Strangely, there was a gap between this wallpaper that ran across all the walls, horizontally and right in the middle.

Therefore, we had to strip that paper, too. We thought we’d end up with bare plaster. We were only partially right. One alcove wasn’t too bad. The chimney breast, however, has so many lumps and bumps that Mr Bear is still desperately trying to fill and smooth them all away. It seems some of them are air bubbles, however, and just end up crumbling. And then there’s the second alcove…

That’s basically plaster board with a small section of plaster at the top. It’s extremely weird and very annoying. I’m not sure how Howard plans to tackle that bit, but I’m sure he must have some plan.

This, of course, leaves us with a longer time scale than we anticipated and makes me feel like we’ve accidentally ended up on an episode of Homes Under The Hammer. If you can cross your fingers that we get the plaster sorted this weekend then we might have a chance of getting the decorations up before Christmas Eve.

Work is getting steadily busier and I’m learning new branches of the role. We’ve also got our busiest day of the season coming up next week, so that should be fun. It’s relatively enjoyable and the people I work with are pretty good. Of course, the new tasks haven’t left me very focused on the blog, lately, for which I’m sorry, but I hope you can forgive my tardiness.

The first draft is finished. It’s not quite up to the wordcount I expected it to be, but my first drafts are usually just bare bones, meaning that will likely change. It does have a few editing passes to go before it will be ready so the preliminary release date on it’s book page is still relevant. If anything changes, you guys will be the first to know. As it stands, I don’t want to rock the boat by promising it sooner and then not delivering thanks to other commitments. And I’m sure you all appreciate that I don’t want to release work that is sub par.

Plus, Taste Of Blood is important in regards to the next two books in the series, so I need to make sure everything is right in it before I go ahead and cast it into the world!