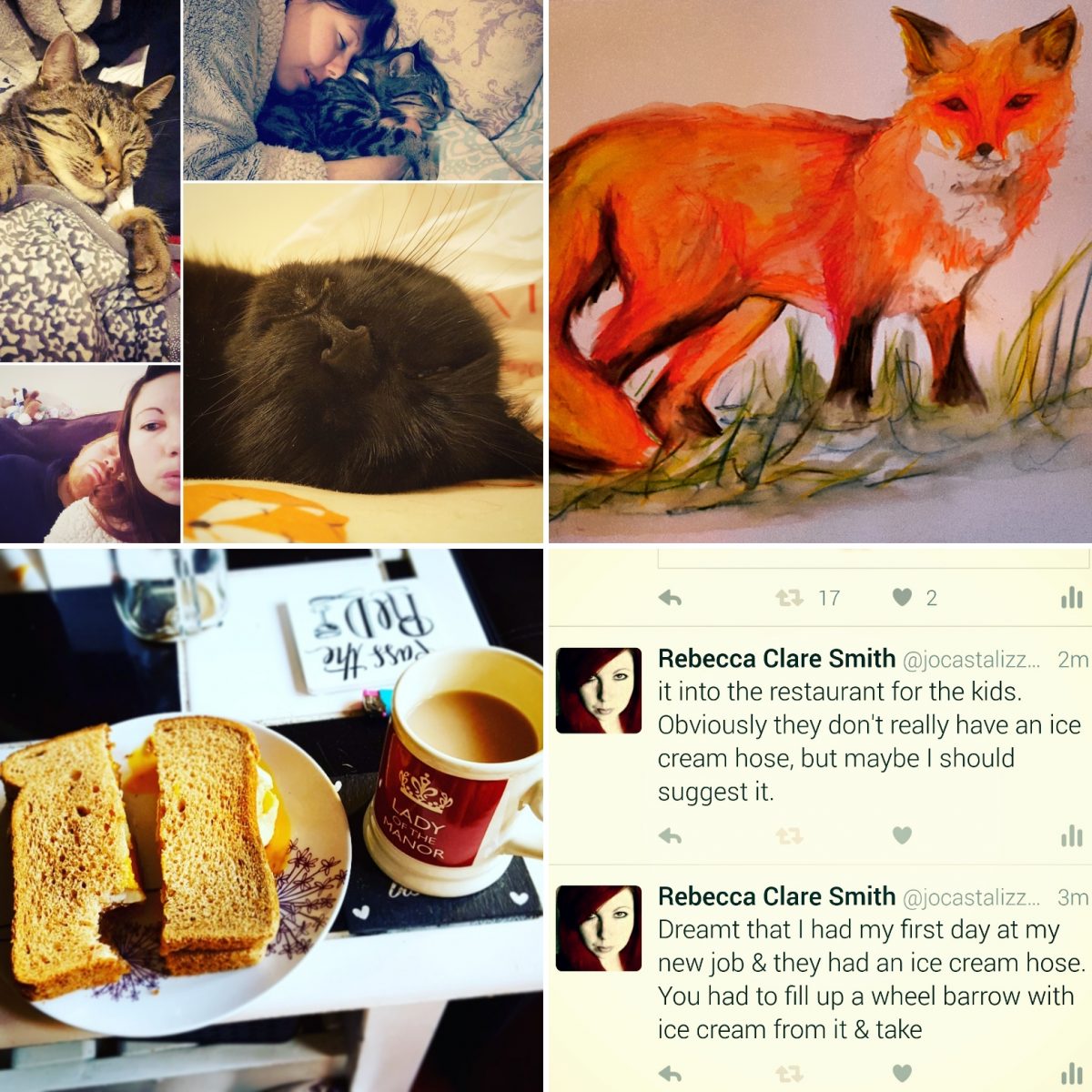 If you’ve checked out my previous Top 10 post, then you’ll know that this is a feature now, albeit a very recent feature, and today’s top 10 is My Top 10 Methods Of Procrastination. So sit back and relax whilst I count them down.

– Sleeping is probably my favourite way to procrastinate. That’s mostly because you’re asleep so you don’t feel guilty whilst you’re doing it. And, unless you set an alarm, you don’t get reminded that you’re procrastinating and shouldn’t be.

– Reading is a very bittersweet thing to have on my Top 10 Methods Of Procrastination list. I mean, obviously I love doing it, but it also keeps me from writing my own books.

I usually update my Goodreads account with any of the books that I’ve read. So, if you are a follower on Goodreads, then hopefully this explains why I don’t post up many books – I don’t want to accuse myself of (even joyful) procrastination. This is another one of those things I use to procrastinate where I enjoy it a bit too much. Not to mention the fact that you’ll go to get a sandwich and see something else whilst you’re doing it. Or you end up doing a couple of the other things on this list in combination with the eating.

– Television is on my Top 10 Methods Of Procrastination list but not because I enjoy it as a method of procrastination. TV is one of those things where I just can’t help myself. If somebody turns it on whilst I’m in the room it distracts me – even if I don’t want to watch whatever is on.

I’m the same with radio, too. Perhaps it’s a noise thing.

I do admit that when I’m writing I have music or background noise on, but it has to be in keeping with whatever I’m writing or I find that, too, distracting.

– I don’t find twitter as distracting as I used to do, I admit, but it’s still one of those things that’s had me ignoring work I should be doing.

These days, however, twitter doesn’t seem to be as community active as it used to be. Hashtags like #ukwriter and others seem to become more and more watered down. I do have to credit the social media platform with putting me in touch with lots of different writers (and causing me to make quite a few rather brilliant friends amongst them).

It allows me to look for things for sale in my local area, read the news, keep up to date on friends’ lives, and now I can even search for jobs! So who wouldn’t want to put this down on the Top 10 Methods Of Procrastination list?

– I suppose this could be partly lumped in with facebook, but, again, my guilt levels are much lower for this particular form of procrastination. After all, how many authors do you know that have unfortunate habits of isolating themselves by living in their heads?

So these methods of procrastination are lower on the list. After all, why should I feel bad about staying in touch with people?

– Maybe you don’t consider this a type of distraction, but I do. It’s not a bad way to avoid jobs. But it is still avoiding doing other things. For example, I should probably be writing one of my novels (have you noticed how many I have on the go?) right now but instead I’m making a list.

– Shopping is a tricky one. Sometimes it’s a procrastination but a lot of the time it’s a necessity. I mean, how else are you going to get hold of dinner?

Other times, though, there are those huge ‘sale’ signs and you know you must resist and get on with more important jobs… but then you see they’ve got a two for one offer and it wouldn’t hurt to get another shirt or two. Or maybe four. I mean, it’s two for one. That’s four shirts for the price of two. Bargain!

– Unlike the more modern procrastination of twitter or facebook, I see drawing as a more classic distraction endeavour. The most basic of this form of procrastination is the doodle.

Doodling is great. You start off with a squiggle and you never know where it’s going. It could be a flower or a house or even something really artistic.

Then there’s the fact that colouring in and drawing has been proven to lower stress levels. I’m not ashamed to say that I have one of those beautiful adult colouring books that seemed to explode onto the market a couple of years back. Therefore, whilst I see drawing as a form of procrastination still, I also feel it’s more allowable than the others.

What are your thoughts?

Do you agree with my list? Would you amend some of them? If so, which ones and what would you put in their place? Let me know!

1 thought on “My Top 10 Methods Of Procrastination”