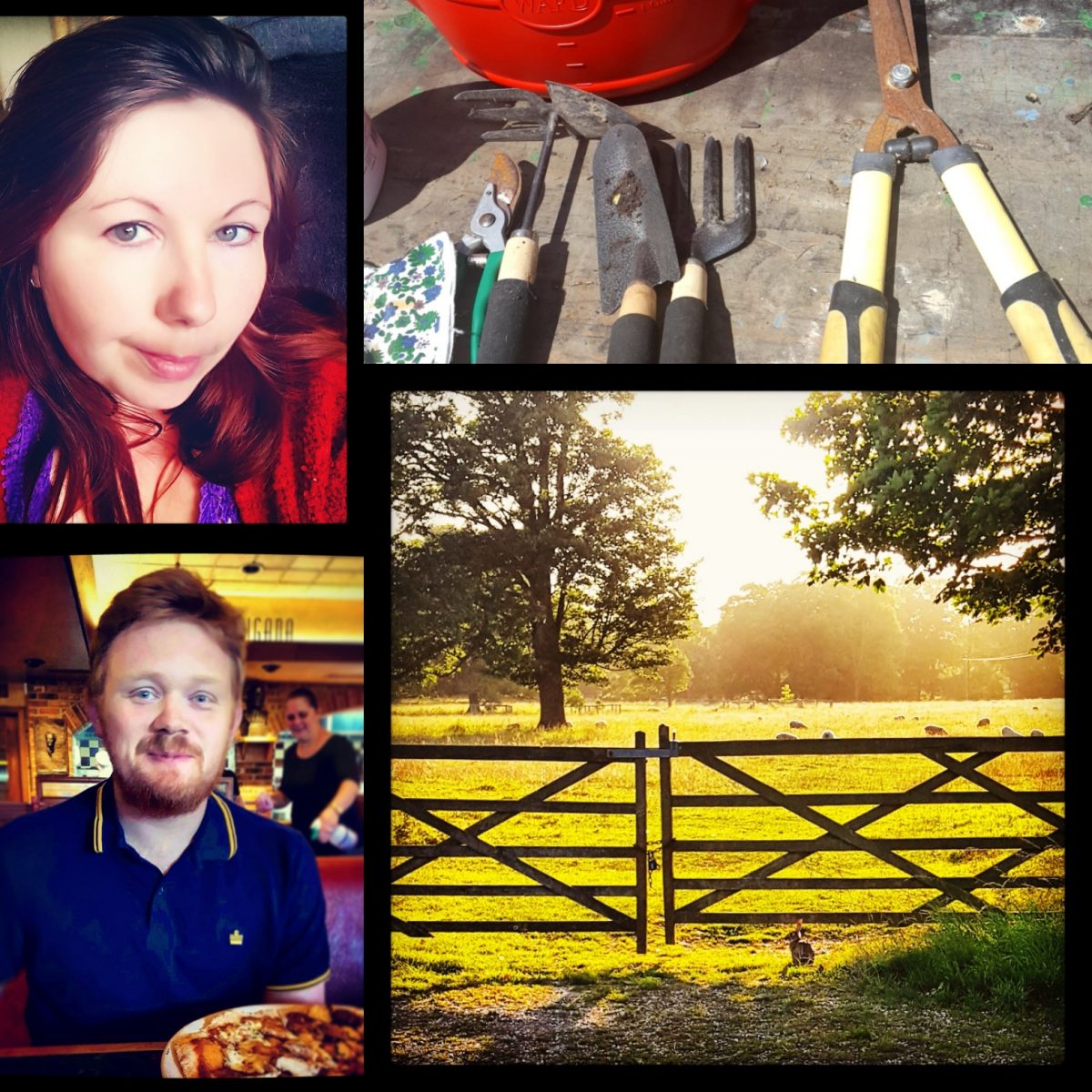 I won’t pretend that I’ve done lots of writing since I last posted, because that would be a lie. I have done some, though. Instead, we’ve been trying to follow through with that old adage of making hay whilst the sun shines.

As such, it’s been a busy week since my last post.

I’ve been filling in more job applications and sending those off. It feels like forever when you’re waiting to hear back from possible employers, but there’s no way to hurry the process up. I’m just hopeful that I get the right job for me and that I can become an asset to a future team. But I guess I’ll just have to wait to find out exactly where that future team will be.

On the flip side, I have been able to spend an awful lot more time with Mr Bear, which is fantastic. We got to have a lovely date night together. I prefer the first picture, but he likes the second best. Please agree with me?

We even went for a couple of drinks at our new local and I got a lovely picture of a wild bunny on the way home, which you can see further down the page. We’ve been spending a lot of time at garden centres, too, in accordance with our new obsession. One of those visits was even on the way to Mr Bear’s grandparents’ house.

His grandfather had had an accident and we thought it would be nice to visit whilst Howard had some time off. Of course, time off also meant time for…

We finally ordered a skip to dispose of the concrete posts and old paving stones that were clogging up our garden. Naturally, it came on the day that it rained and rained and rained. The muddy garden was more like a bog and Howard nearly slid over several times whilst trying to move the heavier blocks.

A neighbour let us borrow a sledgehammer, however, and that made a couple of the blocks easier to lift. Though, I’m not so keen on the way my muscles are aching now. Thankfully, the weather seems to have cleared up. And better weather means more scope for gardening. Especially when we have so much left to do!

It hasn’t all been plants, though. Howard and I have been pretty much glued to the TV adaptation of The Handmaid’s Tale by Margaret Atwood. It could be regarded as a reaction to the current climate, if it wasn’t for the age of the book itself. Even Atwood described it as ‘horribly upsetting‘.

I confess, I haven’t read the book, but since seeing the TV serial, I’m very much eager to do so. Especially as it reminds me of undertones of my own novel, Breaking Cadence. But there are so many things on TV and in the media, these days, that do. And is that a reflection of power and equality? Especially in a world that could elect somebody as woefully inadequate as Trump is to speak and act on behalf of women and their rights?

Perhaps it’s not surprising that such a world could consider it perfectly acceptable to create sex robots with settings to allow the simulation of rape – a fact that felt like a disgusting violation of women everywhere when I came across the article. How can we live in a society that would think to create such a thing?

Worse still, I don’t understand how people can condone it as a fantasy or say that at least it gets the urge out of the way for those who want that. Because it doesn’t. Read up about serial killers and you’ll discover that they practise like this first. They start small. But it’s never enough. It’s never realistic enough.

Just like any rapist would want to after using this vile doll. And then you’re not only condoning their behaviour, you’re encouraging it. You’re developing it.

Anyway, let’s progress to a nicer subject. I’m on the hunt for an old fashioned writing bureau. I’m hoping that I can find one to furnish my writing room. I’m also hoping that one with a drop down leaf will be sturdy enough to hold my laptop, but not having had such a desk before I’m not sure what to expect. Has anybody else had one? Could you safely house your laptop on it whilst in use?