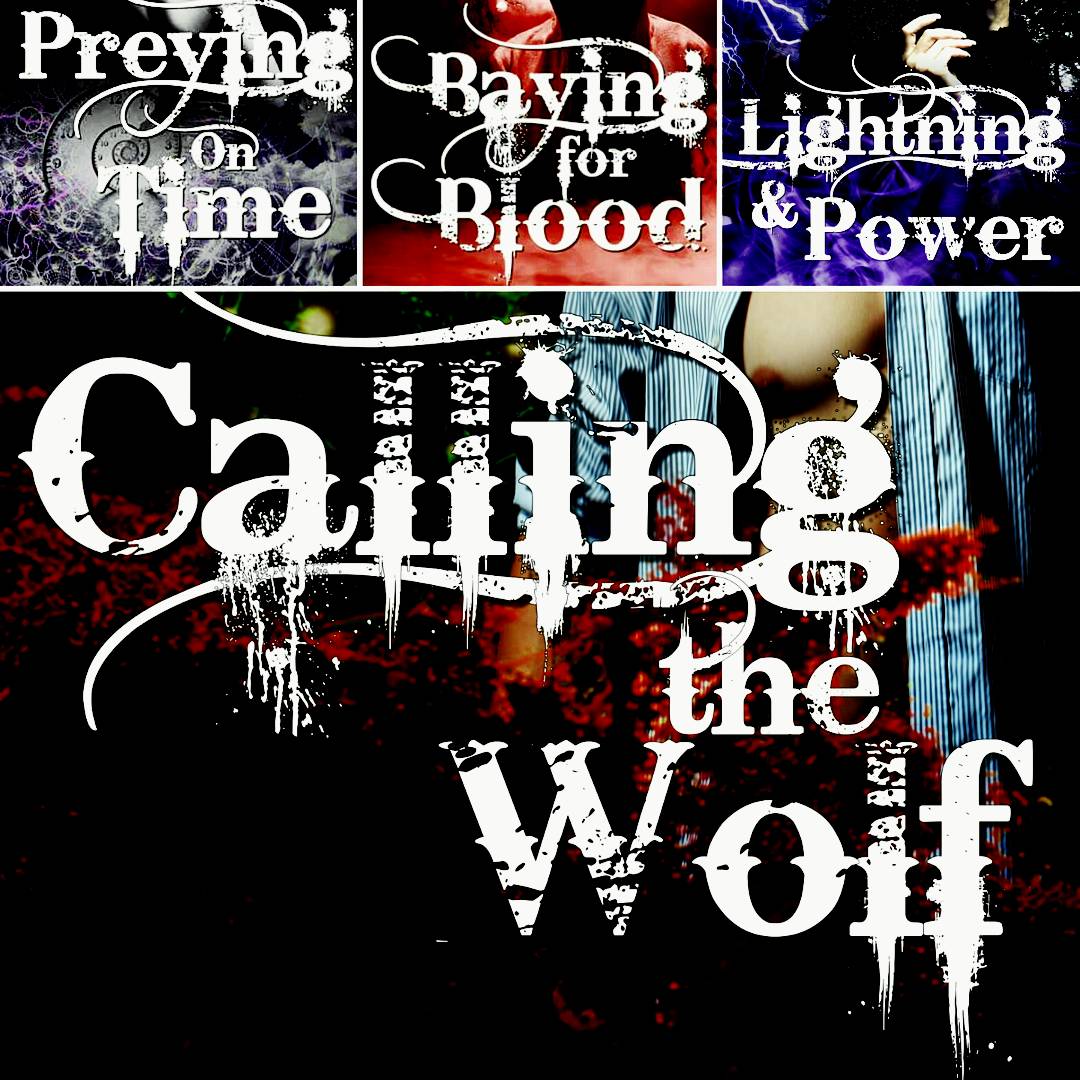 It’s time for a cover reveal! Those of you who follow my various social media feeds will know that I’m all excited because we have a cover for Calling The Wolf!

And yes, I have been teasing you with terribly small clips of it in the form of the main picture for this post. But a cover reveal is terribly exciting and I find it hard keeping it all to myself!

As per usual, it was put together by the awesome Gayla Drummond from images of my choosing. Incidentally, her rather amazing Discord Jones series has another brand new addition in the form of a prequel. It’s called Little Star and is exclusively available on Gumroad. And (because as if that isn’t enough for one month) she also released a brand new novella, Convicted Heart.

So, if you haven’t already, you should totally go and check those out.

Anyway, let’s get back on track. Before the cover reveal, we should really remind ourselves of the other three books in the Indigo Skies series.

Dogged by werewolves with a taste for flesh & allies she can’t trust, Violet’s only hope is enlisting Simon & her friends in a puzzle that could fracture time, change the past and erase their existence forever.

With friend Simon in tow, Violet goes undercover to discover the killer stalking the keepers of the dead, but when her life ends up in danger is she the one thats bitten off more than she can chew? Will Logan be proved innocent? & can the real murderer be brought to justice?

Business has been quiet since her last case, but an abduction in New York drags PI Violet Eonsen off to the states with the promise of a paid job. Accompanied by friend & mute, Simon, they soon realise that there’s more than just one victim here.

And, for the pièce de résistance…

The fourth book in the Indigo Skies series takes part shortly after the beginning of Lightning & Power with Logan undertaking some investigative notions of his own. And here’s the brand new cover! While his sister’s away, the wolf will play… until the claws come out.

Half-werewolf Logan is helping his sister with an investigation, but it’s just a distraction from sexy shifter Jenna & her refusal to commit to their relationship. Surely she’ll change her mind if he catches those responsible for abducting her nekojin brethren?

Except, Jenna doesn’t trust him to crack the case by himself.

Dauntless, Logan figures solving the crime & saving the day will win her love & respect, but he has no idea why these monsters are taking the shifter women or exactly how deep into the dark moonlighting as a detective will drag him…

Will this teeth clenching case finally show them all what he’s made of? Or will the werewolves responsible tear him apart?

Logan’s dying to find out…

Currently, there’s no set date for the release from Katarr Kanticles Press. Having said that, until further notice the release date will be considered as the 24th April 2017. The book itself is very near to completion and will then go for a few editing rounds, too.

In the future, I plan to write and release two more books in the series. As yet, they’re both untitled, but I do have some great ideas for them both. It would be great to hear what you guys think of the new book cover, though, so please do leave a comment below!

Are you excited to find out what happens to Logan in the new book? Do you like stories about him the most or are you a bigger fan of Violet? What else would you like to see happen in their world? And do you have any questions about the Indigo Skies series?