Holiday time! …Next week. And also a bazillion dentist appointments (I may go hide in a cupboard). It’s good timing, really. I’ve been making lots of progress with the writing of Forgiving Zander. It needs a bit of fleshing out, but the urge to steam on through is with me.

There’s also the fact that my dad’s quite ill. He’s basically been told in no uncertain terms that if he doesn’t have an operation then he could die because he has a narrowing of a heart valve. Anyway, he’s waiting for the date when that occurs and is taking medication in the meantime as well as avoiding doing anything too strenuous.

Hopefully the time off will allow me to see him a little bit more than usual.

As you can see on the word count to the left, we’re already over the 14k mark on . I’m quite pleased with that and have been posting some teasers to my facebook page so go ahead over there and have a look if you haven’t already. Obviously, everything is in rough draft stage, but I’m powering through.

I’ve also been having a go with my Christmas present from Howard Bear, too. I can’t remember if I mentioned it, but he bought me a nice Wacom tablet so I could illustrate easier on my laptop. It’s also to hopefully try my hand at a little bit of animation, too, but we’ll see how I get on with the digital art first, eh?

And just in case you were wondering, this is one of my attempts so far: 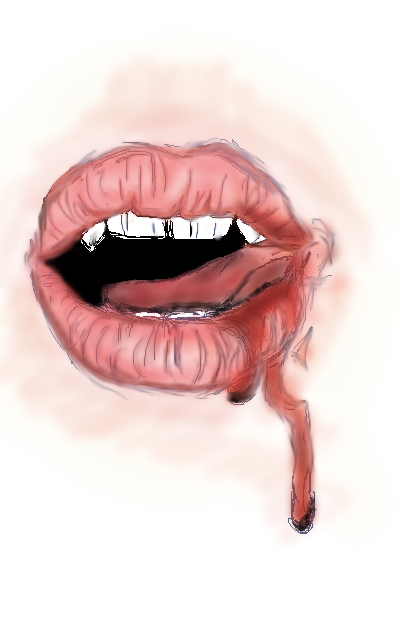 It’s nothing brilliant, but it doesn’t look too bad considering I’m a bit of a novice when it comes to creating art directly on a screen (besides perhaps writing). Hopefully I won’t do too badly as far as this whole idea is concerned.

Howard must have faith in me, anyway, or he wouldn’t have bought me such an awesome (and expensive) gift.

Which brings me to the next subject: my birthday!

Or, well, I suppose Valentines Day first… But it’s my birthday exactly a week later so y’know… Bear has already started talking about possible presents and such. Of course, with me being a big kid, I’m excited. I’ve booked the day off and the day after and am leaving all plans for it with Howard.

I’m not sure whether that means I should be even more excited or terrified of his planning skills. I’m hoping it’s the former.

I also asked for the week after my birthday off, but I don’t know whether that is actually down in the book or not. Even if it isn’t, as far as I’m aware I only have plans to write and get household things done.

Anyway, back to writing I go before I have to head for the day job!