Here is a picture of our lovely, cute kitten, Barley Biscuit. And here is also a quote from an email I sent to a good friend this morning…

“He’s too intelligent for his own good and that at the moment is the problem. He has decided to take it upon himself to wake us up at 5am or earlier every morning. We’ve stopped feeding him on a morning because of it, thinking that it was because he wanted breakfast. Now he’s waking us (he does this by scratting at the door repeatedly and then if we let him in and take no notice of him he goes under the bed and pulls at the mattress right below our heads) so he can go out.

So we put him out. And then an hour or less later he turns up at the bedroom window. Crying. Very loudly. Until someone lets him in. When we let him in he decides he wants to say hello. To our faces. To our hands. And in the most violent and forceful way possible with his loudest purr. If this gets no reaction he takes either the nice peaceful option of plonking himself in the most awkward space on the bed, going to sleep and being completely immoveable OR he goes underneath and starts scratting at the mattress again or making noises against the cupboard or doing absolutely anything loud, annoying and guaranteed to get our attention.

So eventually Howard will get up for work (which is around 7am anyway) and Barley goes back outside after getting under everyone’s feet and purring insatiably. Then after about an hour or so he returns to yowling on the window ledge until I, again, let him in. And we run through the same routine until he’s tired and claims the bed to go to sleep on. He even through himself into tummy rubbing position a centimetre from my head this morning and thrust himself upside down towards me whilst purring extra loud to get my attention.

After I get up he follows me into the bathroom and does the same thing whilst occasionally crying at me until I scratch his ears.

And all this while Salem is completely silent and good.

So… me and Howard are like zombies at the moment. We’re so tired. And we don’t know what to do.”

Which neatly lets you all know a lot about how we’re doing at the moment. It also ticks off the first thing in the list up top.

The second thing is book trailers. As you guys may know, I like to make book trailers on youtube for my releases. I think it makes things just that little bit more exciting. Of course, it depends on whether I can find anything appropriate to use in relation to the story I’m trying to describe.

Desecrated Bonds, for example, was a lot easier to create a video for than Preying On Time has been. I did, however, finally manage it yesterday. There are two versions of the completed trailer (one with music and one without so if you’re at work you can view the silent one if you wish without getting into trouble – not that I’m condoning viewing my videos at work but…). 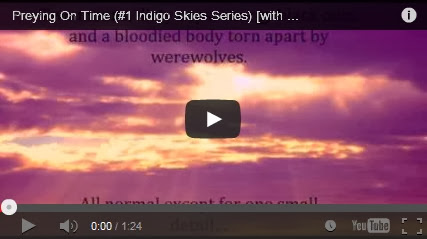 This is the version with music.

I’m going to add these to Preying On Time’s page so it makes it easier for those browsing this site to get an idea of what’s going on in this world of mine. 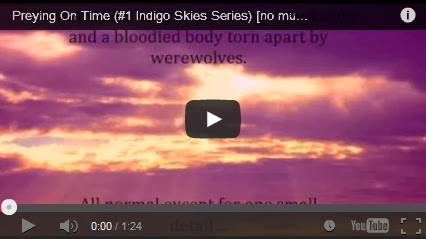 And this is the version without music.

I’m toying with the idea of creating a trailer for Breaking Cadence ahead of its release. I’ve already been privileged to see the typeface for the front cover, which is absolutely marvellous. I think G L Drummond (@Scath) may be about as excited as I am for the release! She’s already had a read through of the copy and is the delightful lady who sorts out my misdemeanours on the page as well as converting it to a format for you guys to get your hands on.

In fact, she posted this about a month ago on facebook and I don’t think I could quickly describe it much better myself!

“You guys are totally gonna want to read Rebecca’s next release, Breaking Cadence.

Next on my list was my birthday. This is the amount of drink I bought and probably the reason why none of us left the flat at all that night:

A good night, I think. Everyone seemed very merry, anyway, and there was no arguments and only one slight tantrum over the multiplayer gaming. Not bad at all!

I have accidentally accrued quite a bit of time off at work and it’s nearly the end of the tax year so I need to take it or I lose it. So hopefully, I should be off for the next couple of weeks or so (after this week ends), which should mean lots of writing time unless something goes terribly amiss.

That should mean a continuation of Baying For Blood and Forgiving Zander. These are the two sequels to two novels that I am currently working on. I may also manage to get some writing done on a fantasy anthology piece. I keep starting ideas for it and then they never seem good enough. It’s quite dissatisfying. I’ll keep you guys posted, though.