Well I went to the job interview last Thursday. I think it went okay; perhaps not brilliant as I was a little flustered. In fact, by the end I was so frazzled I accidentally reversed the car into a trolley stand in front of the trolley collector.

No damage was done to either the cars, trolleys or stand but it was a sign of how much I’d gotten myself worked up. It only bumped it anyway.

In other news, I’ve been doing an awful lot of extra work as a dinner lady this past week and I’m called for again next week while some of the ladies are off. This should mean that I’ll end up with a bit more money than usual.

Unfortunately, yesterday, I trapped my finger in between two of the gigantic boxes full of school dinners. My nail has since gone a really ugly and my finger still hurts quite a bit. I guess it’s my own silly fault because I did it when I was loading the boxes into the car.

In other news, I made a video montage. As you know, I seem to be stuck in a rut. In any movie they pass the bad times by in a montage with a great song and clips from everyday life with thoughts and stuff. Then the hero/ine gets to have their happy ending or whatever. So I figured I would make my own movie montage in the pathetic hope that it’ll get me quicker to the next scenes and my happy ending.

I know it’s a silly thought, but I posed it to Timony Souler. Somehow she thought it was a good idea and encouraged me to do it. So blame her for my madness and this video which you can watch below or on youtube. 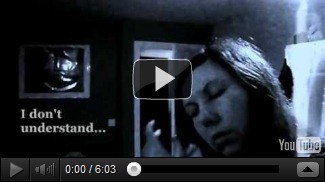 I do not own the rights to the music which is a song covered by Beck called Everybody’s Gotta Learn Sometimes. I used it because it’s on the Eternal Sunshine of the Spotless Mind soundtrack and I love that film.

Anyway, I hope you enjoy the video.

1 thought on “Look Around You”