There’s supposed to be some escape in dreaming. I can tell you there’s not.

Instead there is your subconscious poking at things that are best left alone. When I can get to sleep, I am sleeping a lot recently. The getting to sleep is hardest; second only to waking and realising everything you’ve dreamt is just that… A dream.

An old picture of me taken by me.

A great writer once wrote:

‘It does not do to dwell on dreams and forget to live, remember that’.

Hope is a funny thing. Right now I don’t know what to do with it. It’s cooing in the back of my mind, trying to lift the deathly black of my heart, but that doesn’t seem to be working.

My world is one of distractions.

Distractions keep me going. Keep me wondering things it’s best not to wonder. Keep me from doing things I probably shouldn’t do. Keep me from speaking to people my pride says I shouldn’t. Sometimes, this ridiculous ingrained stubbornness is all that gets me through the rough patches.

And there are a lot of rough patches.

I have a lot of secret thoughts. I’ve always had them. Things I don’t tell people. I find it hard wholly opening up to a person. Somebody once told me that they felt lonely even when they were with people.

I’m just not comfortable with it. I never have been.

Most of my time is spent on my own in my room. It’s always been like that. Even when I was little I didn’t really play with the other kids. Sometimes it was because I didn’t want to and progressively it was because they didn’t want me to. I’m not exactly the most cool/normal person so I guess I can see why.

Don’t get me wrong, I’m not bitter about that. It doesn’t bother me. Being left on my own never really has.

I’m sitting on my own as I type. Well, bar two sleeping Westies. And that’s fine. I’m not lonely. I can find people to talk to if I really want to. There are always people I can talk to.

I just don’t… I don’t feel the need most of the time.

There are only a few people I truly connect to and even then I don’t let them all the way in. And the person that got the furthest? Well… You know what’s happened there. And I’m never going to let anyone else in that far again.

I’ve learnt now that it just isn’t worth it. You can’t let someone touch your soul if their only plan is to destroy it. And I won’t let anyone do that again. I don’t feel the need to break myself open all over and let them see the depth of my vulnerability.

I can’t hurt that much a second time.

And I can’t care that much any more. I don’t think I have the capability. 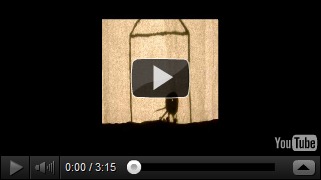 I’ve always been giving, but I give too much. That L word that is so beautiful? I’ll save that for pets who can’t crumble me to pieces. They can’t say the three word curse that would strike me dead.

It’s funny, because I would never say them if I didn’t mean them. I’m the kind of person who waits until I’m sure, until I’m brave… Until I mean them.