It’s strange when the things that you once took for granted as bits of fun and a joke between friends becomes something you suddenly can’t think about any more. I won’t go on about it, though.

Today is one of my good days where I can pretend that nothing has happened and it wouldn’t do to ruin that. Pretending probably isn’t the best thing I can do, but it’s better than remembering every little touch, I guess. I know that if I do that I’ll drive myself to tears and I don’t want to.

Hanging with great friends is helping keep me distracted. Distraction is all I can do for the most part. That and focus on other worries that I have and other stresses. There are so many that I worry I may end up with yet another migraine, dragged on by all my anxious thoughts.

A lot of my worries are financial at the moment, due to the new car and the approach of Christmas. I’m doing extra work at my dad’s school as and when I can and hoping that I can get some work somewhere that I did seasonal stuff for before. This was the plan anyway, before stuff kicked off and other plans were ruined. But anyway… If financial things pick up then I can finally look at sorting myself out to get away from home.

It might take longer than it was supposed to, but in the end it will be fine. Maybe I’ll even have a deal with a literary agent by then. I can hope, anyway. Maybe then I can be somewhere near happy. Me and the cat, that is.

That’s the only hang up I’ve ever really had about moving out – leaving my pets. But we’ll see. This time I’m not going to be believing some stupid idea that somebody wants to ‘do this together’ with me, because obviously that isn’t going to happen and you shouldn’t rely on or trust people like that anyway. I’ll be on my own. It’s safer that way.

Besides, I don’t need anyone really. I’ve always felt separate from everybody else – probably why social situations make me so awkward. I worry I’m not like other people and the way I see the world is a bit too different and too separate. Having said that, it doesn’t bother me. I’m happy being my own unit. I always have been.

They say that Pisces represents an old soul and I know I feel that way a lot of the time. Sometimes it’s like I’m too tired. But it’s also referred to as the sign of self-undoing so I guess that’s why I get myself into so much heartache and pain.

None of that really matters. I don’t know why I’ve mentioned it, but perhaps I was supposed to.

On another note, this is my short video as part of the Britain in a Day experiment being carried out by the BBC: 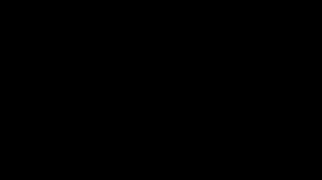 Part of the Britain in a day experiment I (Rebecca Clare Smith) recorded a few minutes of my time and thoughts on the 12th of November 2011.

I watched the first try at this kind of thing, which was a documentary film called Life in a Day and was a worldwide experiment during which people around the world recorded different bits from their day. These snapshots were finally put together to make the film. When I watched it I found it quite beautiful in a way I didn’t expect and so I wanted to join in with Britain’s attempt.

I didn’t really have any idea what I was going to do or say, but I hope that this was good enough. I haven’t watched it back yet. I might do soon, though.

2 thoughts on “A Demon In My Safest Haven”