If you follow me on twitter then you may be aware that I’ve recently been on a bit of a downer. I wish I could explain why, but I haven’t figured it out myself, right now. In a few weeks time I may be able to look back with a clearer head and figure it out.

Until then I’ll just have to accept it.

I went through a similar thing in my two years of sixth form college (to those non-Brits who read this, I think your equivalent may be the last years of high school – feel free to correct me on this). A lot of things were going on in my head in those two years. There were a lot of things that I never told anybody and a lot of things that felt too crushing to explain.

They say that these years, teenage years, are critical to discovering who you really are.

I found out that I was very confused, too willing to allow others to control me and trapped like a butterfly in a tiny cage. The problem was that I never seemed to have anybody to reach out to – nobody close anyway. I don’t find it easy disclosing my feelings, especially in person.

My family don’t talk about feelings much. We don’t hug either or kiss and when I used to say ‘I love you’ to my mum in goodbye as I went to school she’d tell me off for saying it. Apparently saying those three words sounds false. Maybe writing them is different. Poets manage writing those words and making them beautiful.

I write a lot of poetry in secret places. It helps me get out my feelings. I’m much better at putting things down in writing.

I tried that a few times.

I wrote my mum letters, trying to explain how I felt, what was wrong and what I desperately needed her to do to help me, but it never worked. After she read the letters she would get me in my room and interrogate me, tell me I should do this and that. Then, when I’d start to cry because I just couldn’t express what I wanted to express, she would tell me to stop being silly and grow up.

I know she probably meant well in her own bolshie, controlling way… but I will never be the kind of person that responds well to that. Instead, I start to blame myself for things and withdraw even more. People who know me in person might notice that I apologise a lot. I’ve been told off several times for apologising needlessly (of course, then you apologise for apologising, right?).

Telling me what to do didn’t help, because I blindly followed that in some misguided attempt to make my parents proud of me and to make sure I looked after everyone else around me. That was how I ended up running a shop and then going to university – I was following other people’s suggestions and dreams for me. I thought they were right.

Sometimes it takes a lot of people telling you to do the wrong things for you to work out the right thing to do.

I guess that was what I did. It took a while to figure it out. Maybe it would have happened sooner if I could have pulled out of my own sinkhole quicker. Eventually, I scraped out. I believe in myself a bit more. A lot more thanks to writing here and discovering twitter.

I’ve learned to see the sky a different way.

Maybe one day I’ll tell you why I was so lost and how I stayed out to sea for so long, about the things I considered and things I hope I’ll never consider again. Maybe I’ll be strong enough to do that. To let you all in.

I don’t expect this was the kind of entry you were expecting when you clicked over. Truth be told, I didn’t expect to write it, but I was transferring some songs from an old mp3 device and I found Twilight by Vanessa Carlton.

At one point in time, that song meant a lot to me. It was sent to me by somebody I then cared more for than I cared for myself, which reminded me of that time in my life.

I felt I needed to get it off my chest like some dark, forgotten secret buried in a box of bad things. I don’t want to keep things buried any more. 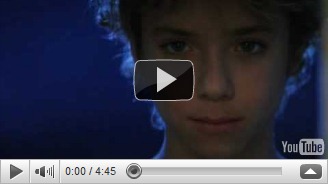 & I will never cease to fly if I held down,

& I will always reach too high because I’ve seen twilight…