I hate being a shoddy liar, but that’s a story for another time.  I have a terrible headache right now, which might be partially because I’m being nagged from every side, or so it seems. It’s funny how this only happens when Master Berserker decides to put in appearances.

I was informed by my cousin of this, for example:

I apologise for the quality but I cropped it from a larger image and erased his name for the sake of keeping him safe from any weirdos (not that he deserves it after saying such things).

You’re probably sitting there thinking I must have been especially nasty to him or something to deserve such hateful words. What I did say to him was that I had a better grasp of financial endeavours than he did. He blew up at that as you can see… not surprising considering that this is the boy trying to buy a car despite the fact he can’t afford the one he wants (he had a ridiculous idea he could get it on credit) and he hasn’t passed his driving test yet. Need I say more?

Anyway, I was informed of what he’d put on his facebook by a mutual friend who, incidentally, also reported him for his actions. The statuses quickly disappeared, but this may have something to do with the fact that I took a screenshot and put it on my own page just to shame him. You may subsequently assume that we are as bad as each other. You may be right, but I’d far rather just show the world how ridiculous he is than sit there and call him names etc in a display of utter immaturity and obvious tantrum.

Why is it so hard for boys to just grow up?

And next we come to the fact that my mother is being interfering. She is always interfering, but I’m just kind of tired of it. I’m tired of the judgement being passed on me and the people I know more than anything else. I don’t think she even cares that she just makes me unhappy with it as I have explained to her several times. I’m sick of living in this loop.

Why not move out? Well, I don’t have the money as of yet. I’m playing the long game.

And trust me when I say it feels like a long bloody game.

If I had the money etc to move out, I would. I need to get away. I need a space of my own where there’s no Master Berserker with his constant music blaring out too loud, no parents getting into my business and no feeling that I am caged in my room because I don’t want to be near the other inhabitants.  Unfortunately, I don’t possess nor earn enough of that cold, hard stuff called money that runs our lives in a depressingly monotonous cycle. I hate the vile necessity of money.

I just want to escape. I feel like a bird stuck in a cage right now and any day soon they’re going to come and clip my wings for good. The problem is my finances. [siiiiiiiiigh]

After a while, I intend to get a second job. I need to, but I’ve barely been at this one for a month and I figure, if I wait a little longer, then I can have a better reference from my employer. This is my first real job so I don’t have the luxury of lots of references. It would be great if I did, but I don’t. So I’m just biding my time, really. I may try for some kind of lunch time job, such as a school lunch time supervisor. Just for the extra money and then I get to keep my school crossing patrol job. Despite the weather and the early starts, I do rather enjoy it. Simple pleasures.

I mean, I get to see little kids on a morning who are pleased to see you and wave and want to talk to you because you’re there. And then you get the parents and guardians who are always thankful that you’re keeping the children safe. It doesn’t sound like much, but in a bizarre way, it’s very fulfilling.

I just wish people could see that I’m enjoying it and that it is a proper job because it involves helping others. I’m not so selfish that I just want money.

In other news, both the boiler and the oven are broken in my house so we are all cold and hungry. The cold is moreso in my room because Master Berserker has broken the windows and there are large gaps where the cold air gets in. I may have to resort to puling out my faux fur throw tonight and snuggle down deep.

Furthermore, I created a small trailer for The Leaking Manuscript [you can find a link on the links page to your right]. Here it is in all its small glory. I hope you like it: 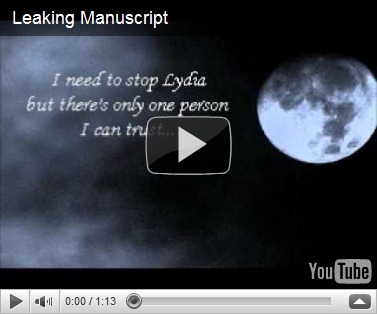 This is a trailer for Rebecca Clare Smith’s ‘The Leaking Manuscript’, a short story available to read online here:- http://bit.ly/9vhpDD [Credit for the gun image: Pixomar / FreeDigitalPhotos.net]

Anyway, I intend to write some flash fiction presently as the lovely Tatiana Eileen Shryock has provided me with some statements to use on my Facebook page. So goodbye until then.