The cheese rolls down the hill at midnight…

Eli pressed his face against the cold glass. The familiar scrape of metal iced his fingers. He stepped out of the taxi, slotting the weapon into his coat pocket and crushing a crisp note into the driver’s hand with a gruff, “Keep the change.” The car moved off, black tyres sluicing the slush.

Eli glanced around him as he casually turned up his collar to hide his throat from the chill and his face from unseen enemies.

He wasn’t taking any chances. Black shoes made little impression in the snow. The meeting place was just around the corner. He tilted his hat forward and stuffed his hands deeper into his pockets, fingers curled around his 9mms. The dark sky glittered with stars that could not be outshone by the sickle beauty of the disintegrating moon.

Black soles tread the shimmering path to the menacing steel gate. Thick wool clogged the cold from his sensitive mitts. A hand rested against the steel frets, testing its creaking strength. It groaned heavily.

A sleek smack bit into his back. His knees almost buckled as he grasped the clanging frets and reached for his weapon. It was too late, though.

A tube of cold metal pressed against the back of his clammy neck. He moved his hand to the sticky blossoming of his stomach.

“Marie?” he replied with staggered breath.

The whisper of a smile crossed her frosty lips. “Still at it, I see. ‘The cheese rolls down the hill at midnight’ and all of those ridiculous meeting codes. You should have taken me up on my offer.”

The cold was seeping into his bones as the blood was seeping out in a strange version of osmosis where life was failing. He pressed harder against the wound and grit his teeth. “Your offer was a pittance-”

He let out a low grunt of pain as she pressed the barrel of the gun into the edge of the entry wound. Her bullet had found its way straight through him, just like she had so many months before. 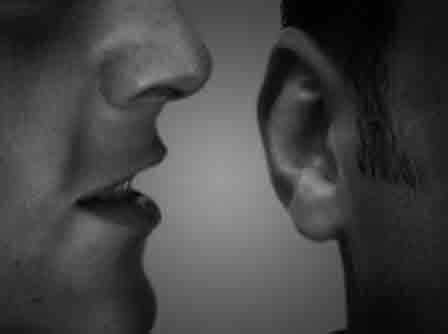 The memory tasted bitter to him now.

He should have ended her when he had the chance.

“You silly spies, when will you ever learn?” she purred into his ear, pressing her warm body up against his back. “Eli, darling, you could have had so much with me. The company could do with a man of your… expertise.”

The word hissed into the silence of the night. Eli declined to answer. He didn’t want to be a part of her twisted games any more. She was like poison running through his veins and he had been addicted to her bittersweet taste.

“Now turn around so I can frisk you,” she muttered, nibbling the edge of his ear.

He turned slowly, aching to see those stunning dark eyes and jet black lashes again even though every sensibility in him screamed that she was a traitor and would kill him with his first wrong breath. A woman after his own heart.

Her tongue delved out and devilishly swept across her cold lower lip. His treacherous gaze followed with all the capability of a charmed snake. She smoothed her hands over him, gun trained for the slightest movement. He closed his eyes and wished he’d been more careful, but he knew that she was the only one who could bypass his senses and catch him out.

He swallowed and opened his piercing eyes when she stopped and pressed up against him, her body too close for any kind of comfort and her hand resting somewhere he wished it wasn’t.

“Is that a gun in your pocket or are you just pleased to see me?”

Eli swallowed back a groan of pain. “How cliché…”

She quirked an eyebrow.

“It’s a gun. I wouldn’t be pleased to see you if you were the last trained killer on the earth.”

“Aww, Eli, you break my heart,” she mocked and extracted the weapons from his pockets with a degree of delight which he didn’t quite share. They thudded in the crisp snow, landing on the other side of the locked gate.

She smiled at him, softness and edge all at the same time. Was it the constant contradictions in her that enticed him? He was a man of orders. He was a man that didn’t think. He just did. Orders arrived and he carried them out without question. That was how he liked it.

She made him question. She made him want to explore. And he didn’t like it; yet, the sadist inside wouldn’t let go.

He tried not to let the murderous twinkle in her eyes thrill him, but it was difficult when he could feel her too close to him. “And what message is that?” he growled.

She slid herself too close but, with the gun there, he couldn’t move away. “Your contact is our contact.” Her free hand moved to where her bullet had exited his stomach, pressing down on top of his larger paw. He eased out a hiss of pain. She smiled and stole a slow, sultry kiss that left him reeling not only from blood loss.

“Get that looked at, Eli. I’d hate my favourite enemy to end so easily.”

“Normal protocol would have you finish me…”

Something sly caught her lips as he watched. “You know me and

protocol, Eli.” Another flash of her teeth, a toxic kiss and she was gone into the night from whence she came.

Eli glanced at his guns through the locked bars. They would have to be left. He couldn’t vault the gates in his current state. Instead, he crouched with difficulty as if he was going to tie his shoes and slid his smaller gun from his boot. He would have to make it back to the hotel and sort himself out. First, he would have to contact his handler and report Marie’s intervention.
Part of him needed to know why she was there. A stronger part of him needed her.

For a second, he’d almost wished he could take her up on her offer. However, she was too dangerous to trust. He would just have to wait and see if she changed sides of her own accord, for there was no coercing a woman like Marie.

(Images do not belong to me)